Elf is a funny movie. The neo-classic is a combination of the Jungle Book, Rupolph the red-nosed reindeer, and It’s a Wonderful Life all poured into downtown New York City. Buddy is a human child, raised by elfs in the North Pole, who goes on a search to find his father in NYC. There is one Michael Scott worthy scene when Buddy refers to a little person as an elf. Buddy meant no harm when he asked Miles Finch if he was from the North Pole, he simply believed that Finch was an elf. But Finch get’s pretty chapped and dares Buddy to call him an Elf one more time… 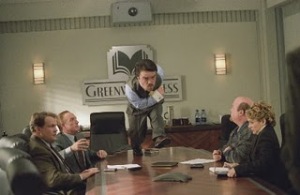 allenged. It’s one thing to say that you believe something, but another thing entirely to be face to face with your conviction. Buddy genuinely believed Finch an Elf so he called him one and Finch gave him a beat down. But what happens when we are forced to confront our convictions about God? What if we believe that God makes no mistakes but we have a loved one who is born with a disability? Would we have the courage to say Elf one more time?

Chuck Colson and R.C. Sproul are renown Christian teachers who both profess that God is in control of everything. This describes the fancy religious term, sovereignty. Well both men were forced to stare their intellectual assertions in the face when they were given extraordinary grandchildren, Colson has a grandson with autism and Sproul has a granddaughter with Lissencephaly. The link below will take you to a 28 minute documentary that goes into their homes and allows them to deal openly with their beliefs and how they were challenged. I would encourage you to check it out.