My sister and mom (Mimi) are five weeks into the competition and so far so good. They are competing on the Red Team and sit in 1st and 2nd place respectively. They had their second weigh-in this morning and this is what we learned…

Well we just got back from our 2nd weigh-in and it was another success!!!  We both lost an additional 5 pounds putting me at 19 total pounds lost (8.1%) and mom at 14 total pounds lost (7.6%).  We were once again the Red Team’s two biggest losers.  It surely wasn’t a fluke because we both have been working out so hard and really following the diet with a couple cheats here and there (me, not mom).  This week Jessica got sent home so it’s now down to us, Charles and Jason.  Jason gained weight this week and is at 4.4% and Charles is at 6.1% so they have some catching up to do but they can do it so we can’t be slack even with our lead.  We still have a lot of work ahead of us but we are feeling good and so excited about the results!

Isn’t that great news? They are both having success on the scale, but more than that, there is optimism. They are “feeling good and excited about the results!” Rightly so; they have committed to the process and the proof ‘s in the… ahh… the proof’s in the abstaining from the pudding.

You might remember, from my first blog about these ladies, that I was hoping that Stacey would see an end to her frustration. She’s had a hard time getting her body to perform as it should, on the inside, and the result has been an inability to cut weight. It’s been a great source of discouragement but, it sounds like they might have gotten some things figured out and that body is metabolizing some calories!!

I am very happy for her.

I’m happy for Mimi too, but I think she feels the same way that I do about Stacey. As a competitor, Mimi might want it more. But in her heart, Stacey wants it the most. You see, I don’t think it’s about dropping a dress size to Stacey.

In what might be the greatest movie of all time, The Sandlot, Scotty Smalls shows up and has zero belief that he can be something. However, one Benny, The Jet, Rodriguez changes all that when he provided Scotty with an opportunity for success. It was one moment, but it was a catalytic moment. I believe that this can be that catalyst for Stacey. She still has work to do, but now she can work with confidence. The fight is no longer within; the fight is with the scale, and the Oreos. Now that she has victory on the inside; the Oreo’s don’t stand a chance!

Way to go ladies! I’m proud of you both! 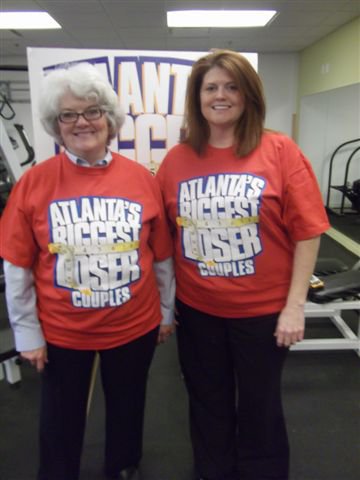