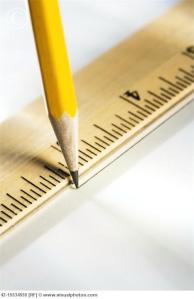 For six years I took students to a fantastic summer camp called Look Up Lodge. (I could not recommend it more highly) The camp always begins with a briefing for the group leaders, where the camp director, Greg Boone,  goes over rules, what to expect, etc. I learned something in those meetings that’s stuck with me, a principle associated with dress codes.

Greg said, and I paraphrase, “The challenge with drawing a line is you have to defend it, and there’s always someone who wants it to move an inch to the left or an inch to the right.”

What fifteen year old doesn’t think sixteen is ridiculous as the legal driving age? Do you know anyone who actually drives the speed limit? Should sales tax be 7% or 7.5%?

No matter where the line is drawn, there are people on either side, and that causes pain.

I’m writing with a heavy heart, because people I care about have been hurt by a line, and it’s made me sad.

We happen to be on opposite sides of a line, and it’s going to take time, patience, forgiveness, long-suffering, and understanding to heal the wounds. There’s a big part of me that wants to avoid all that and just cross the line. That would make it all better… wouldn’t it?

Lines hurt. My family’s been hurt by the lines I’ve drawn to protect the innocence of my sons. Some consider the location of my lines prudish, while others consider them not cautious enough. My friends have been hurt when a line has kept us from walking together – they want to do “A” while I might believe “A” is out-of-bounds.

What I find interesting is this, the people on the conservative side of a line are always the ones accused of drawing it, and therefore causing the pain.

The big moral issues of the day are a great example. Who gets accused of being closed-minded, hateful, archaic, out of touch, looking to divide, or simply mean? Those who are pro-life for example.

The majority believe the fundamentalist arbitrarily drew lines to ostracize and judge people who want to engage in homosexual activity, or condemn and morally enslave those who want to have an abortion. But is that accurate?

I don’t think it is.

Life used to be simple, and it was simple because lines like these were clear and uncontested. But make no mistake, lines existed.

People once believed babies were beautiful, desired, and a blessing. Pregnancy was magnificent and the womb was the safest place on the Earth. But back in the early 1900’s Margaret Sanger and her companions decided to try to move the line. They preached that pregnancy was restricting the woman’s opportunity to evolve and pushed for the implementation of birth control. Eventually the line was pushed further still, when the feminist movement cried out for the women’s right to choose. Attempting to prevent pregnancy wasn’t enough, we wanted the line moved to permit the termination of pregnancy. Now, we have intellectuals like Peter Singer, arguing for the line to be moved to the child’s second year.

So, who drew the line?

When I plead that we would stop killing babies in the womb, am I drawing a line? Or am I asking for the original line to be honored?

Why is the relationship between Charlie Brown and Lucy so frustrating? Because Lucy keeps moving the line. Unfortunately we’ve become a culture of “Lucy’s” seeing who can move the lines farther and faster. Furthermore, we get angry at the “Charlie Brown’s” of the world for declaring that the lines should remain.

When Greg made his statement, he wasn’t shying away from line drawing. The issue at hand was straps on girls shirts, and instead of debating strap thickness, the line was drawn making sleeves required. Nipped it in the bud. He didn’t avoid drawing lines, he emphasized the line’s location and basically told anyone who took issue with it, “tough.” It’s his camp, so it’s his rules.

The world is God’s camp, and He gets to draw the lines, and like thirteen year old girls, we’re whining in our bunks about how ridiculous it is that we have to wear T-shirts. In the meantime, we’re missing out on the wonder and joy of playing in His camp.

Can we just cut through all the garbage. A baby, is a baby, is a baby, don’t kill one. It’s really not that complicated. If you aren’t “ready” for a baby, DON’T HAVE SEX. Hello… is this thing on?

You see, God drew a line when he created sex. He said sex is allowed only in a lifelong, monogamous marriage between one man and one woman. Period. If we would  honor that line, the other lines become irrelevant.

If you don’t have sex outside of a marriage, you don’t need birth control and you don’t have to worry about an abortion. You are free to enjoy the wonders of God’s camp without fear, because you are living safely behind the line. It’s when you cross the line that things become complicated.

Now you have to start looking for new lines, and yelling at those who endorse the original line. The cycle begins.

I’m going to continue to fight for the original lines to be honored. I won’t get into a debate about “how far is too far” or “when does life actually begin.” Those are foolish arguments, seeking to draw new lines and justify a person’s desire to disregard the original lines.

All the single ladies, would your life be more or less complicated if you were a virgin? What if your position was no sex until you were married, period. End of discussion. Don’t come around here no more! Wouldn’t everything be easier? If boyfriend pushes, you know he’s a punk who doesn’t love you, and you can freely move on. No drama. No wondering if he’s the one.

Fellas, you don’t prove your manhood by conquering women. You prove your manhood by conquering yourself. A real man knows the lines and honorably lives behind them. A real man honors his wife, even before he’s married. When he is married he honors her all the more. No flirting, no peeking, no wondering.  It’s simple, honor her and you can have all the sex you want for the rest of your life. Ignore the lines and you destroy your home. Keep it simple. Honor the original lines.

Living in the lines will hurt for a season. People will call you names and accuse you of being hateful or judgmental. Your kids might stomp their feet and slam a door. Your co-workers might file a complaint. You probably won’t get elected to public office. You’ll miss out on a movie or two. But remember this, the pain is caused by those that run away from the line, not by those who choose to stand behind it.